To coincide with the release of the film The Omega Man in August of 1971, Berkley Medallion thankfully acquired the rights to Matheson's albeit vastly different novel rather than hiring someone to write a novelization of the film. 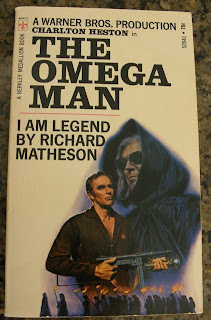 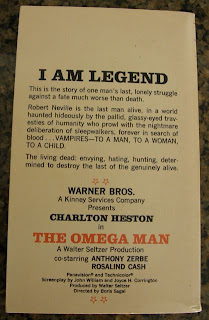 The book sports a very nice cover image of Charlton Heston, Anthony Zerbe and the Family by Mort Kunstler, and includes the book's original title on the cover and spine, while giving the primary real estate on the cover and title page to the film title. 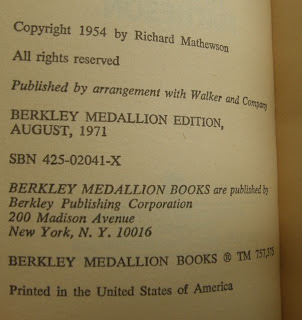 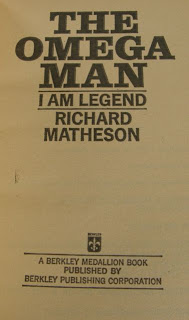 The first edition is recognizable by the inclusion of a TRUE cigarette advertisement between pages 88 and 89. 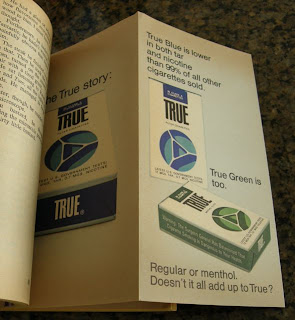 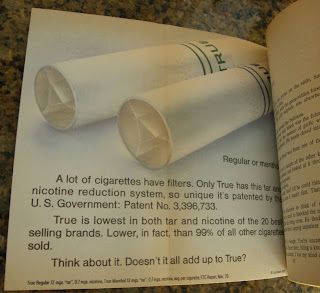 A second printing of the book was released in November of 1971, with a cover indistinguishable from the first printing, yet easily identified by the notation on the copyright page, as well as the absence of the cigarette advertisement fold-out that was present only in the first edition. 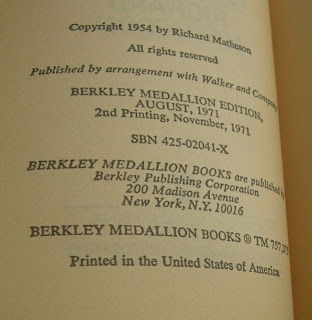 Email ThisBlogThis!Share to TwitterShare to FacebookShare to Pinterest
Labels: Berkley Medallion S2041, English, I Am Legend, The Omega Man, US