Several years passed before Bantam acquired the rights to reprint I Am Legend in March, 1964, obviously to tie-in with the release of the Vincent Price film adaptation The Last Man on Earth. 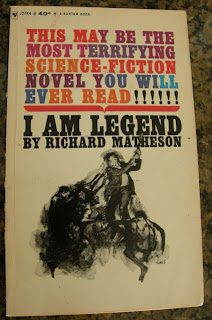 While the front cover doesn't reference the film (it being too busy with hyperbole), the back cover deliberately includes the phrase "I AM THE LAST MAN ON EARTH!" The artist's name, Sanford (Sandy) Kossin, is partially cut off on the front cover, is still difficult to read when presented in its entirety on the back cover. 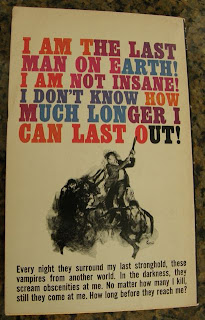 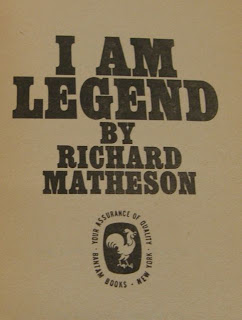 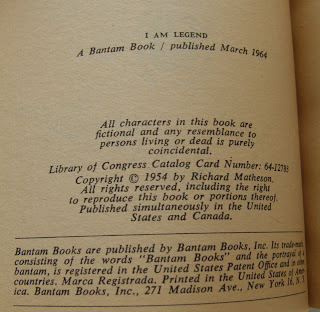 Email ThisBlogThis!Share to TwitterShare to FacebookShare to Pinterest
Labels: Bantam J2744, English, I Am Legend, The Last Man on Earth, US